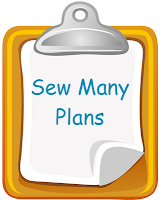 All I can say is that it's a good job my plans for December weren't very ambitious!  The month started with my son's broken arm and just kind of went crazy in a family sense thereafter interrupting sewing plans somewhat.  Nothing serious, just chaotic! 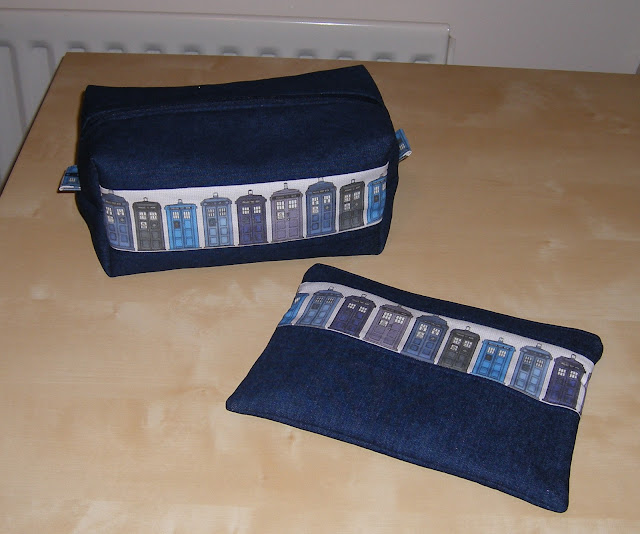 Still, I did manage to finish the Dr Who pencil case and washbag for DS's Christmas stocking and the two wee secret pressies I couldn't talk about are also ready for gifting.  Hoping to be able to reveal them soon.

Originally, I also had a lovely vision of spending the second half of December immersed in handstitching hexies but that was not to be as the gift making took priority with my limited time.

As a New Year gets under way, my sewing resolution is just to have a calmer sewing year.  I really enjoyed everything I made in 2012, but at times there were a lot of projects on the go at once and I felt a little more pressure than was always fun.  Since stitching is meant to be the fun part of my days, I'd like to scale that back a little and enjoy making without just so many deadlines.  I could end up eating my words, though. There's just so much fun stuff to try that I do tend to get a bit sucked in!

January's domestic commitments would make it insane for me to have a huge list of sewing plans for the start of the New Year, so here's what I'd be happy to achieve: 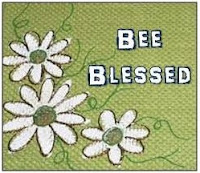 Bee Blessed - contribute to the monthly blocks and joining with my Bee buddies at our Saturday gatherings to keep all those quilts moving a step closer to their new homes. 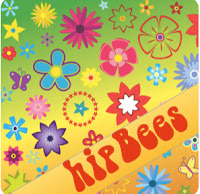 hipBees - Collette is the first Queen Bee of 2013 and has sent us charms of her precious Field Study fabrics to whip up some random D9Ps for her.  Looking forward to these.  D9P is one of my favourite blocks! 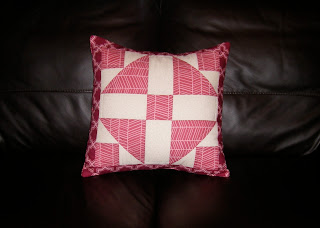 Special Birthday Sampler Quilt - To match the cushion I made for my MIL for Christmas, I would like to make at least one block just to get this new quilt off the starting block.  It won't be needed until late summer, but I would like to grow it slowly, rather than be under pressure come June. 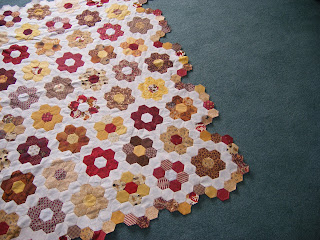 Hexagon Quilt - picking up on my plans for December, I'd like to spend some time working on the borders of this quilt.

And, that's it folks.  It doesn't seem like much, but I think with everything else going on in Jan that'll be a steady start to the year.

Hope your new year stitching plans get off to a great start.  I am really looking forward to what 2013 brings forth from all your creativity!

Email ThisBlogThis!Share to TwitterShare to FacebookShare to Pinterest
Labels: Sew Many Plans