All in an afternoon's work

Today was a bank holiday in Northern Ireland, so no work for me!  After a lazy morning catching up on google reader and general hopping around websites, we headed out as a family into the sunshine (yes, actual real sunshine!) to climb Slieve Croob which is not too far from where we live.

I have never climbed Croob before and, usually preferring flat(ish) beach or woodland walks, felt that after all that exertion I had earned an afternoon in the sewing room. 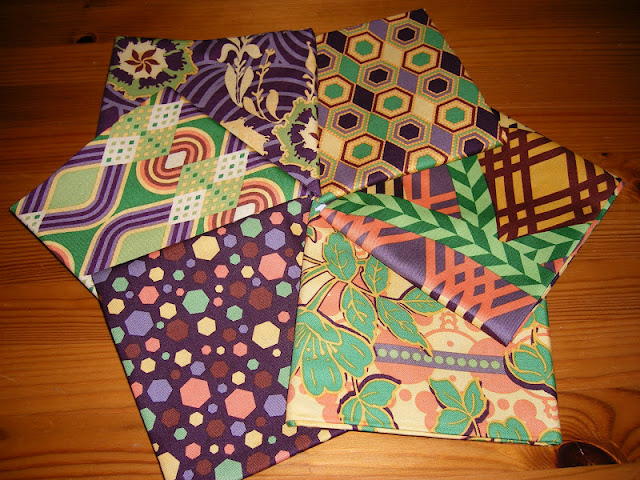 and "allowed" myself to be distracted from what I actually went up there to sew (will have to show you that another day). Instead, inspired by this quilt I had a go at the Yellow Brick Road pattern.

After some nifty cutting of 6 fat quarters 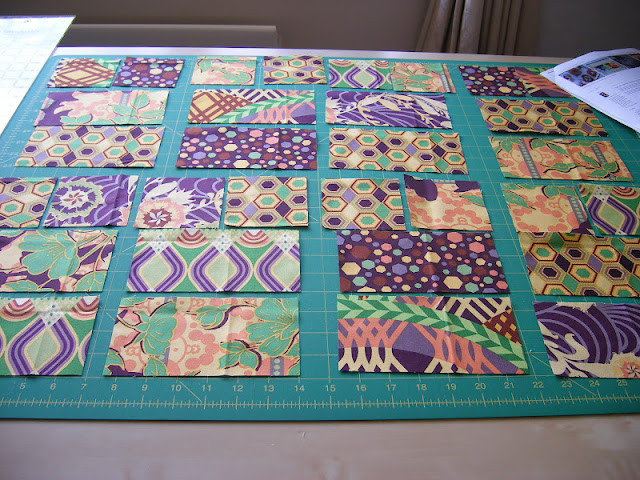 I had 20 blocks of three varying designs 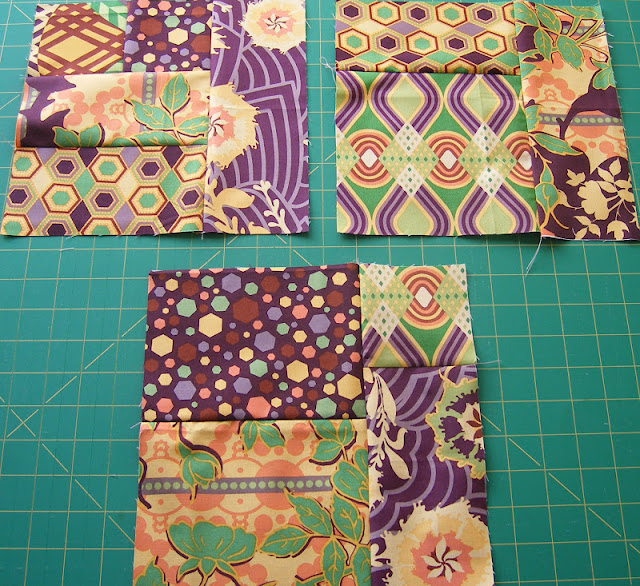 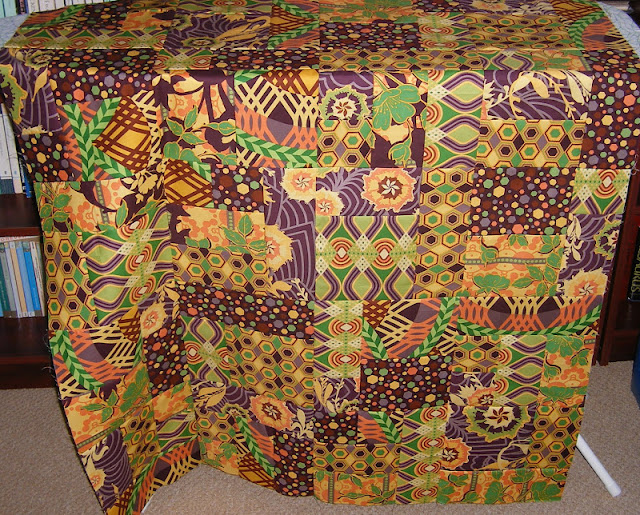 It's very busy I'll admit, much busier than I would usually go for, but I think I kind of like it in a not-very-me sort of way.  Oddly, when I had the fabrics in their little fq bundle I had the impression that this quilt would turn out to be quite brown, but actually it's quite purple among the yellow and orange and green.

I've been playing with possibilities for borders but, not having any more of the Swoon it would have to be a solid and when I tested them, they look so empty compared with the business of the quilt.  My son suggested just keeping this quilt small and adding an orange binding and I think I might just follow his advice.

The Yellow Brick Road pattern was a great pattern to work with.  The cutting instructions are clever and there's very little wastage.  It probably works best when the fabrics are more contrasting than these ones, but it's got a slightly modern feel to it and it can be whipped up into a top in just a few hours.  I will definitely be trying this one again.