Okay so I though I was going to be all sensible and quilt nice and neatly and precisely in the white windmills of this quilt.  Buuuuuut ...

I have been having a little fling lately with wavy line quilting - in grids, a little horizontal on a cushion and on the diagonal - and I did wonder if it might work on this quilt too.  I was apprehensive about giving it a go and risking ruining a pretty quilt top, so I was beginning to chicken out of the wavy quilting option.  Until, a very clever friend suggested chalk testing the waves on the top to get an idea of how it might look - now why didn't I think of that?  Duh! 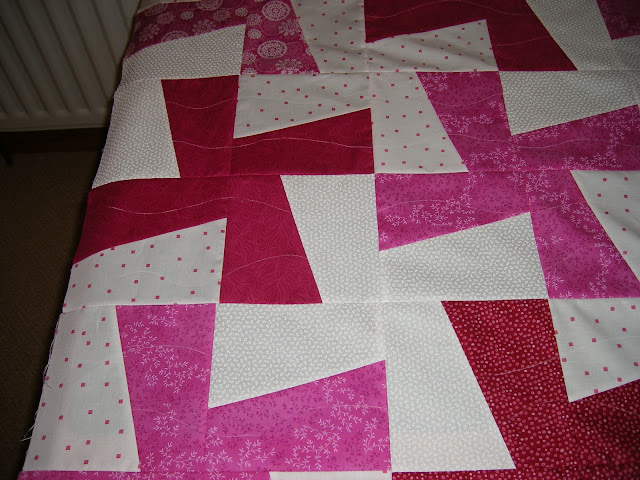 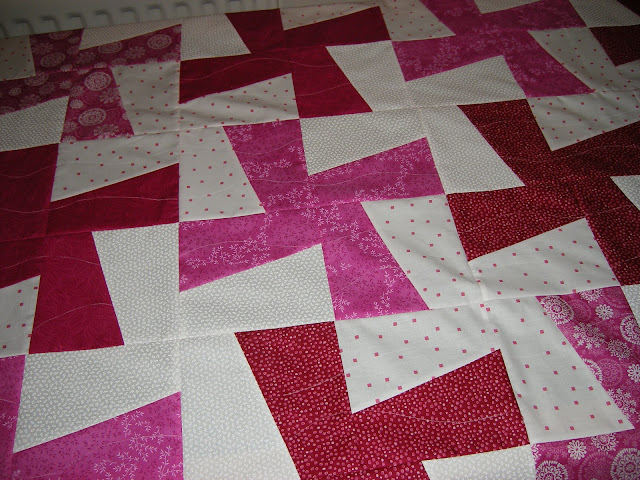 Anyway, I know Judith gives great advice, so I got handy with my chalk pen and trialled out the quilting lines. I marked out a wavy grid (ie wavy horizontal and verticals) but wasn't so keen.  However, when I took it back to just wavy horizontals I can see movement being added to the windmills and I like it very much!  I may have found the way to go here.  Just waiting on the backing fabric now to make a start.