It has been a VERY long time since I have knit anything but this summer a chance conversation got me thinking and eventually led to a little self-challenge to knit some socks - you know, just to see if I could. 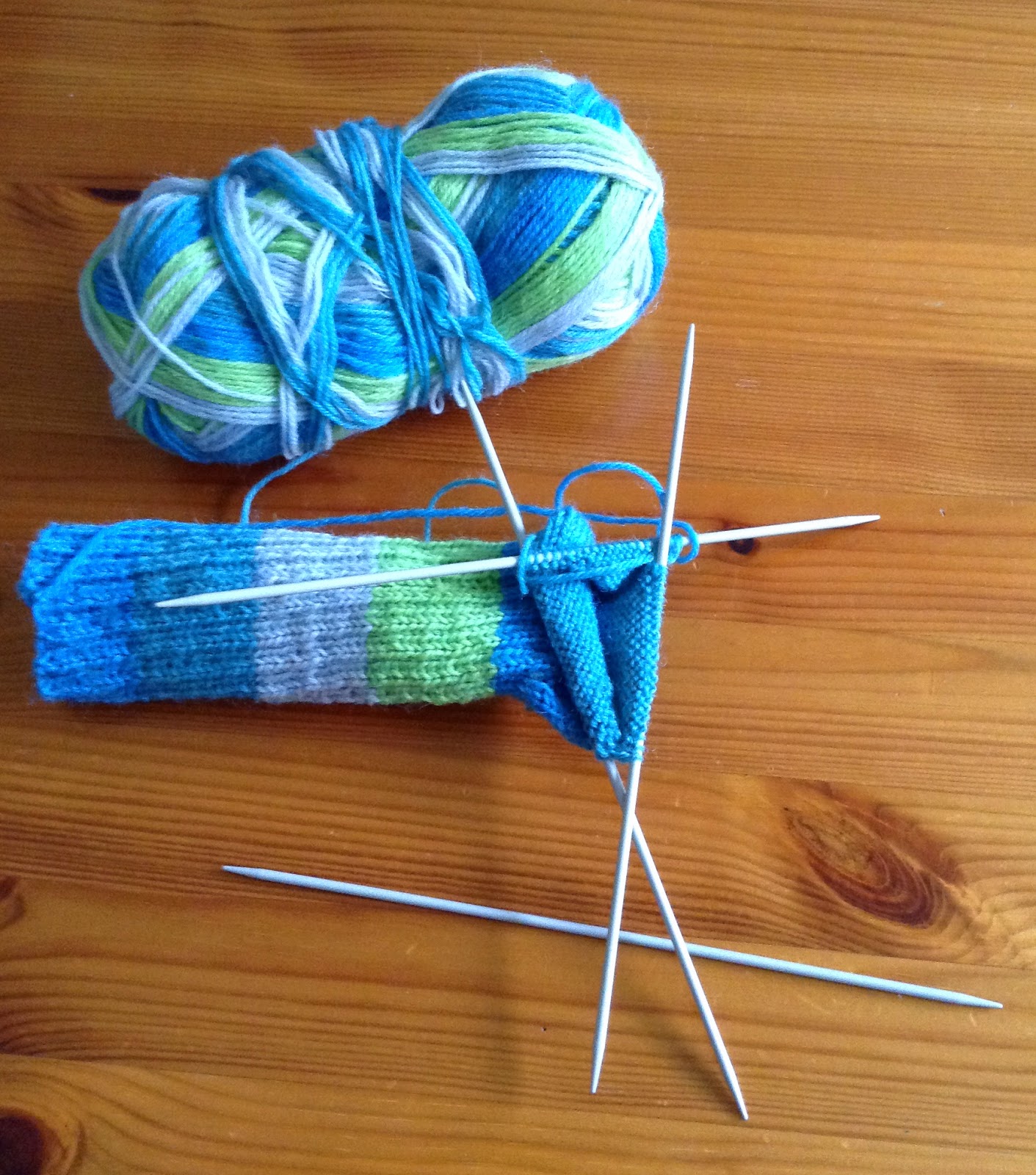 This pic is probably about attempt no 5 to wrestle those needles into submission!  I can't say I found it easy but it does get a bit better as you stick at it.  Manipulating four needles to knit over three was all a bit confounding to say the least. 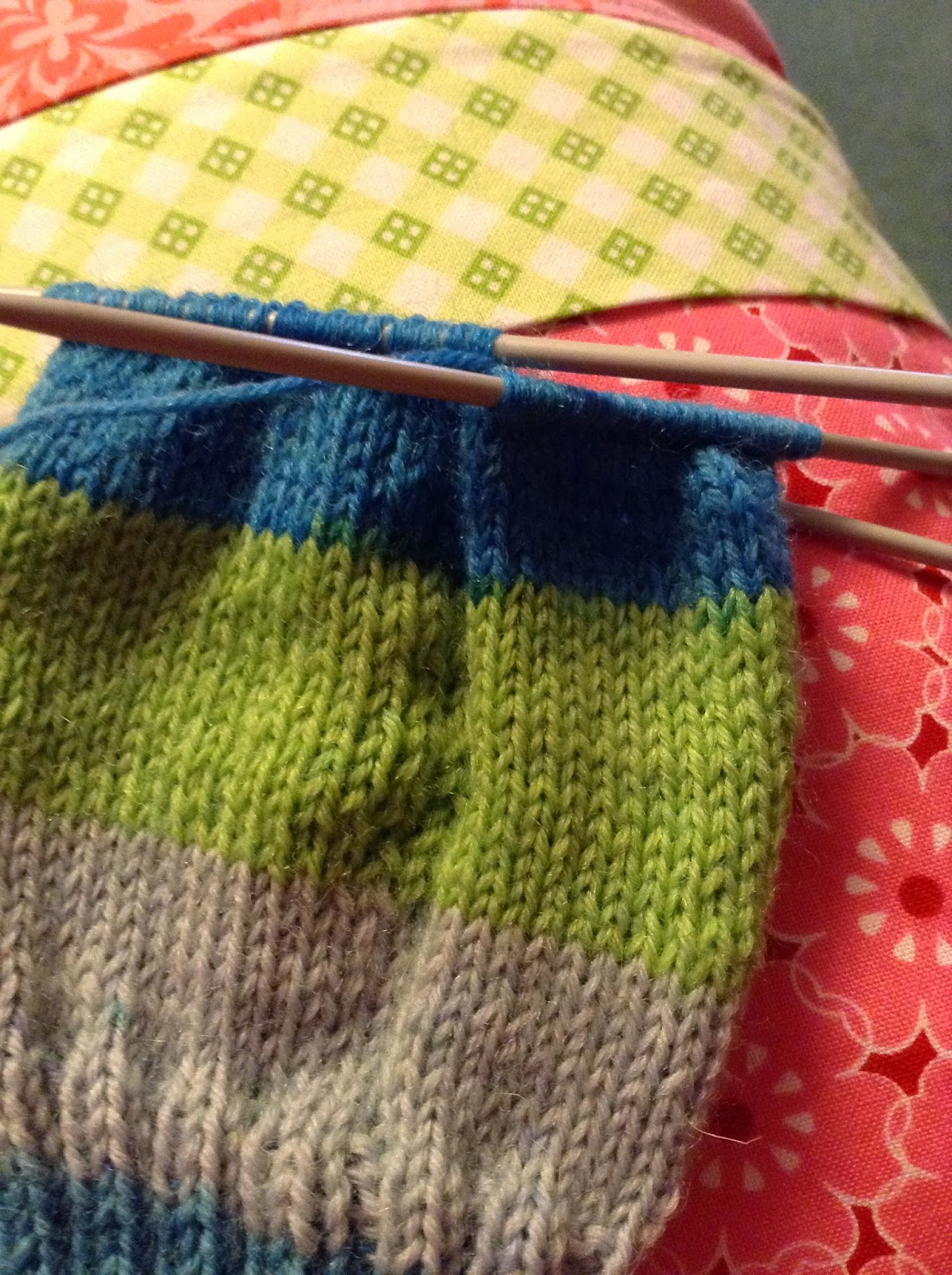 Then, once I got the hang of that I had some issues with loose stitching where the needle sections joined.  I think I may have ripped back about a sock and a half's worth of stitches at various stages but eventually I had one stripey sock knit - yay!

That was encouragement enough not to give up and to get on with the second sock which was much easier than no 1.  And so, after a little blocking to make them a presentable pair I gifted them to a friend who was keen to have some handknit socks (though I think she may have been hoping for slightly more professional ones than mine). Anyway, she was graciously pleased with them and I guess she can always hide them under her winter boots so no one will see the beginner's errors! 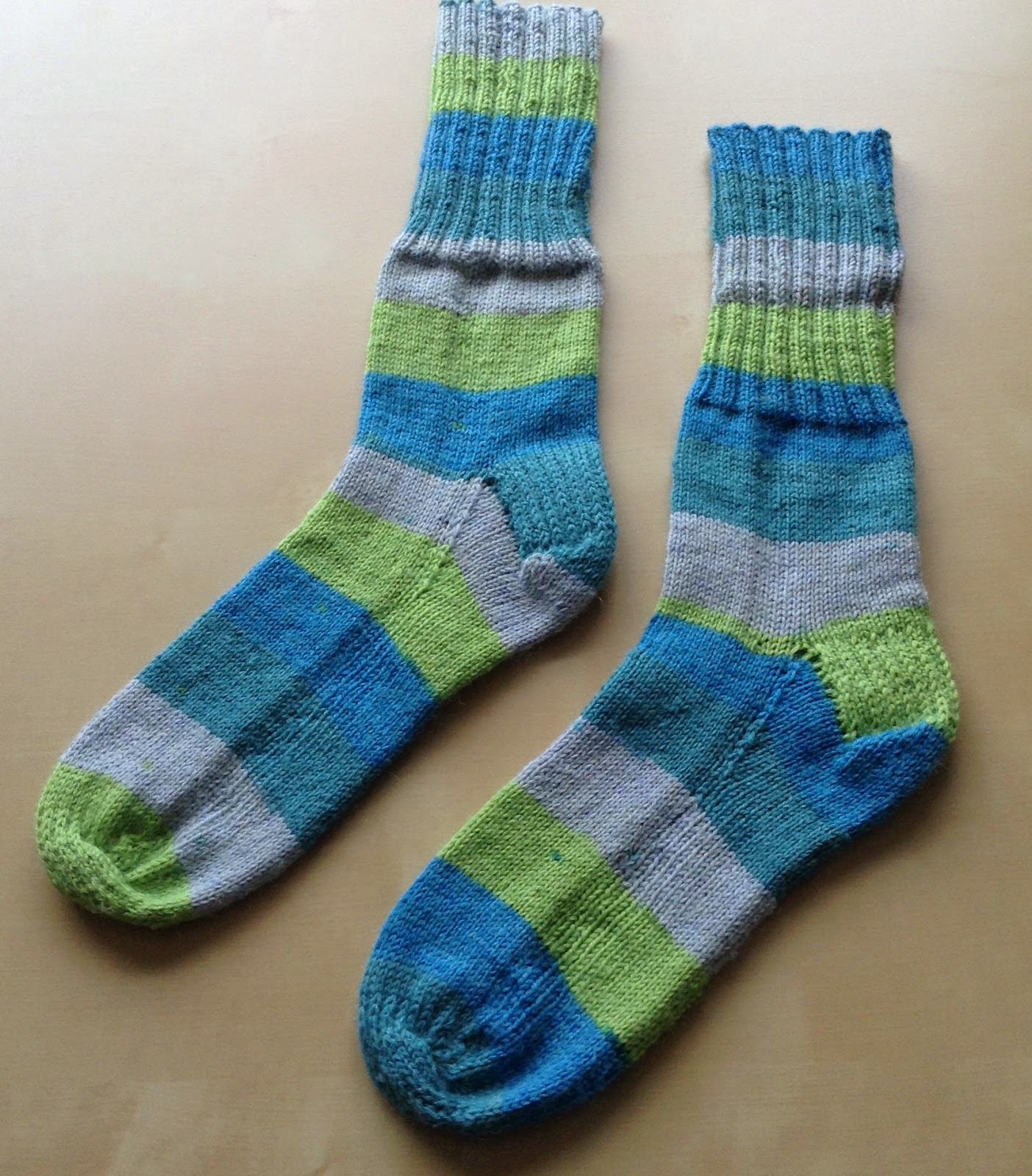 So after my little self-challenge will I ever knit more socks? Actually, yes I think I will.  In spite of the initial tangle of needles I enjoyed it and as long as there's no hurry (I am super slow- took 4wks for pair no 1!!) I might try a few of the other patterns my IG sock knitting friends have been kind enough to suggest and share.  I also need to coax my own feet to get along better with the wool content of those beautiful self-patterning yarns so I can actually wear them myself.

If you are interested my wool is Sirdar Heart and Sole Wool rich 4 ply sock yarn and the pattern was on the back of the label. I used 2.75mm double pointed needles.