The Mystery Medallion quilt was finished up last week but I only had a chance to get out today to take proper pics of it. 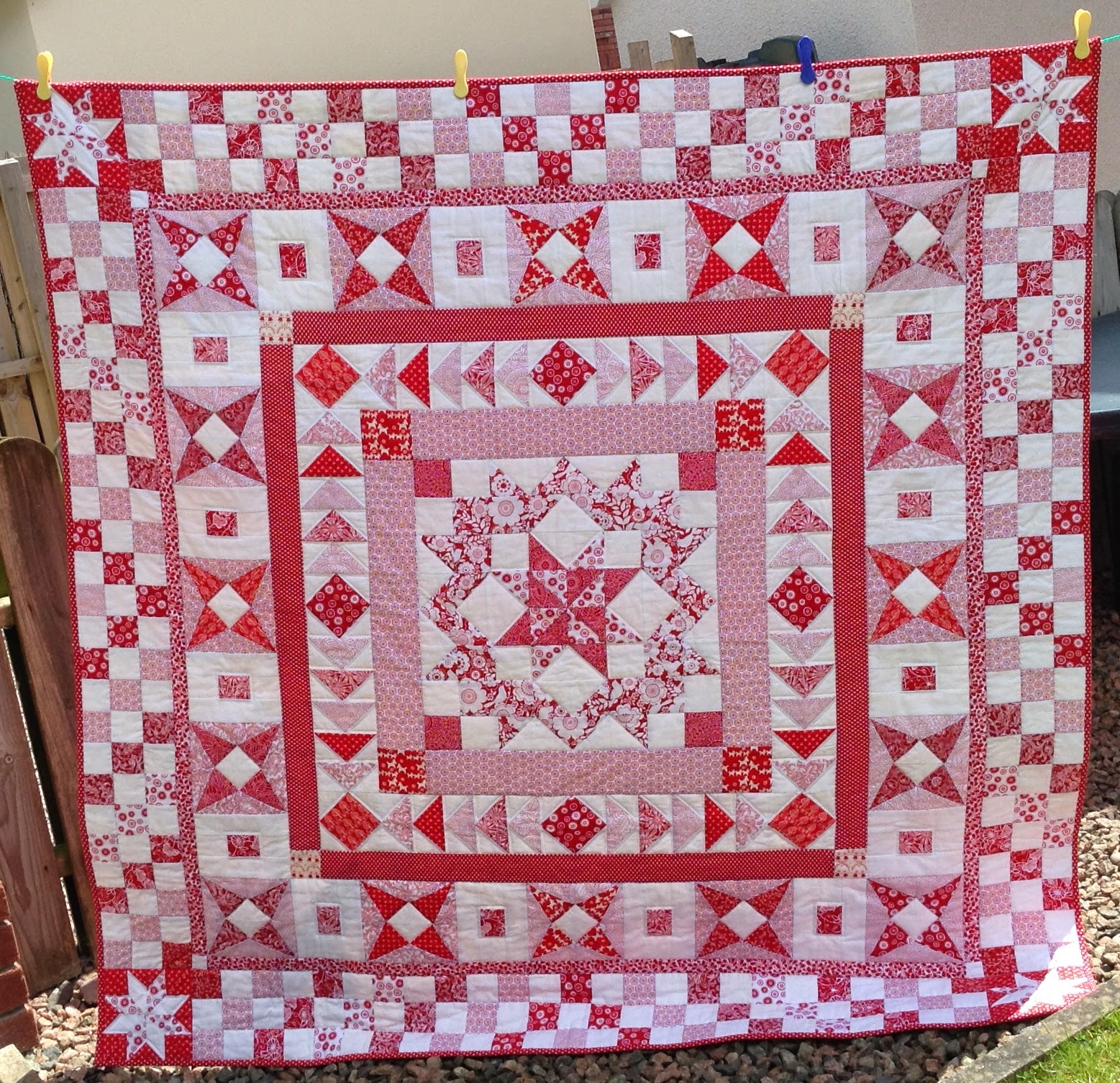 I am so pleased to have made my very own medallion quilt and that a design which only took shape as I went along has worked out so well.  (The journey of the medallion is in the Mystery Medallion Quilt tab above, along with the "how to" details if you are interested.) 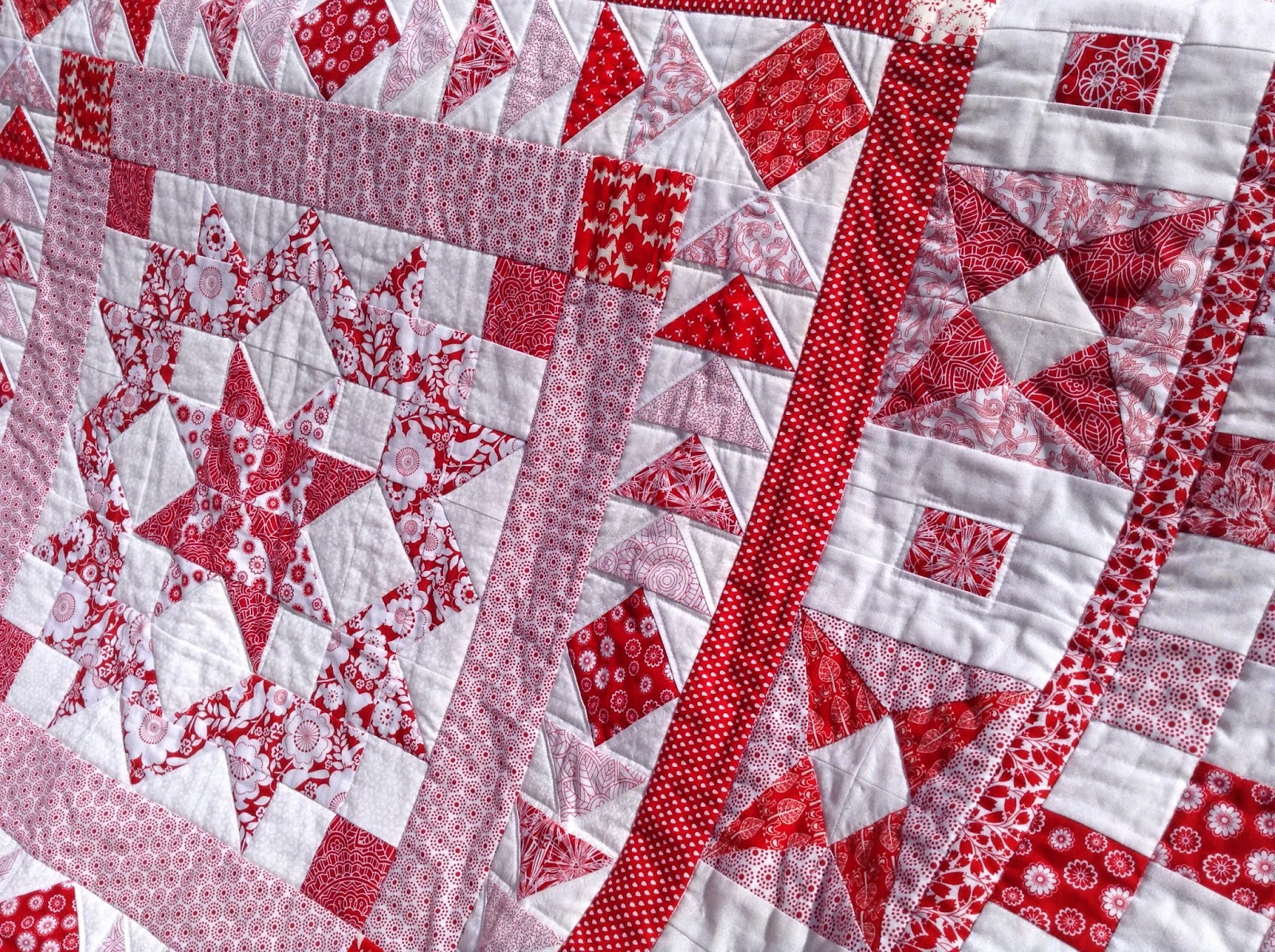 Those of you following my progress with this quilt will know that I had some dramas quilting her.  I'm pleased to say that those hours of unpicking my first two attempts were not in vain, even though they were very painful.  Thank you to those of you who cheered loud encouragement from the sidelines of the blog and IG as I crossed that slough of despond! The awful distortion has been rectified, although the quilting is now much more discrete than I had intended with some simple echoing in places and stitch in the ditch (-ish) in most others.

Being brutally honest, I was more than a little disappointed that the quilting is now just so ordinary.  It took a while for me to adjust the vision I had of the quilting on this quilt being a real feature but I think now I am accepting that the medallion design is the feature in itself (esp given my limited quilting capabilities). 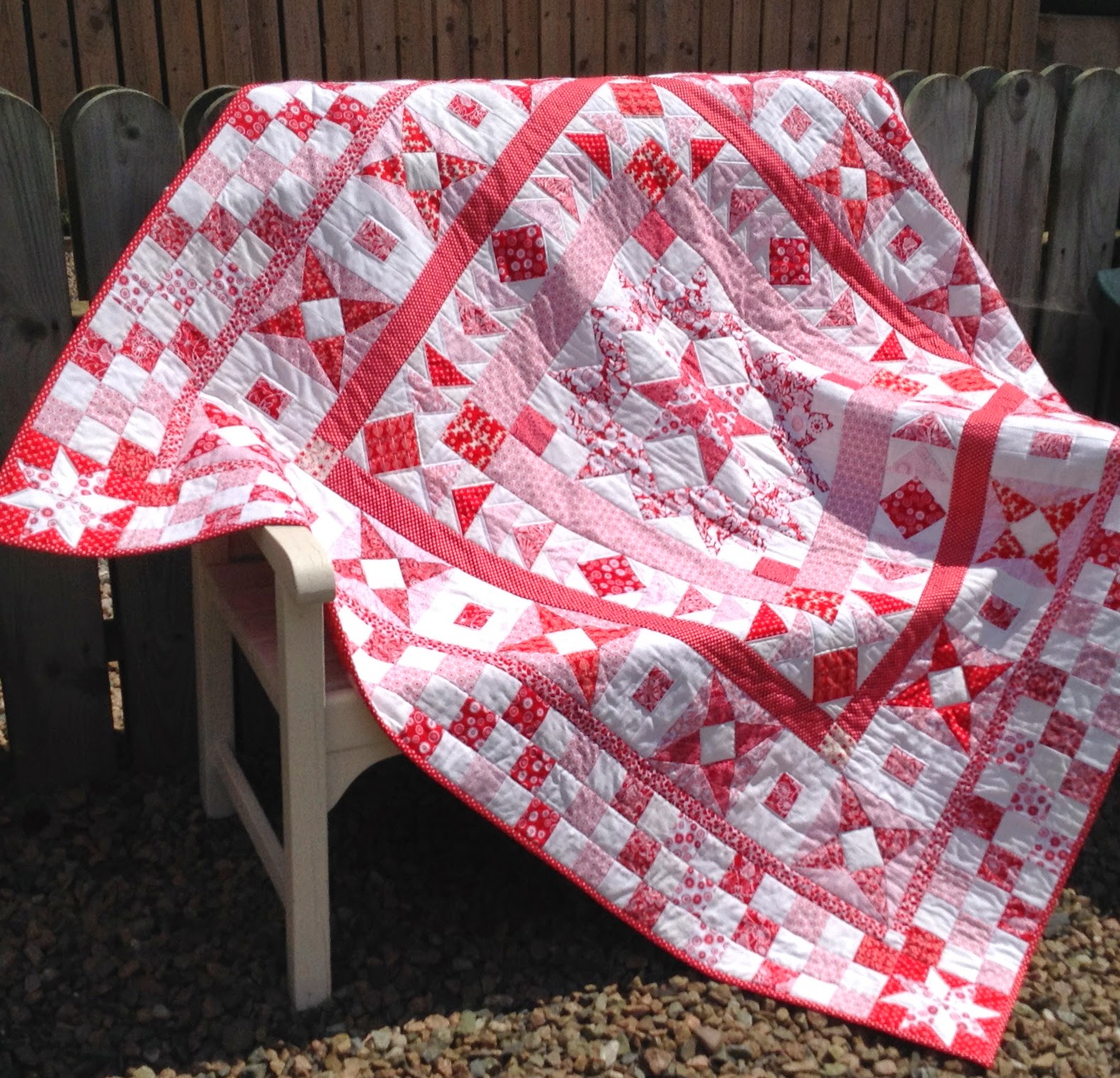 So, one last pic before I consign this Mystery Medallion journey to my quilting history annals.  I am looking forward to using this quilt a lot!

Oh, and I forgot to add this is also a finish from my FAL Quarter 2 list.